Genocides and episodes of mass violence leave a wake of shattered social relations, mutual distrust, unhealed wounds, and narratives of hatred and revenge that devastate communities, leaving them all too vulnerable to future outbreaks of violence. However, in every instance where accounts of atrocity abound, there are also stories of ordinary heroes who risked their lives to save members of enemy groups. These remarkable stories, unfortunately, get inadequate attention and risk being lost with the passage of time.

Karuna Center integrates these rescuers’ stories into long-term peacebuilding programs through an ongoing collaboration with Proof: Media for Social Justice. Our joint initiatives record and highlight the stories of those who resisted overwhelming tides of prejudice and violence by reaching out to targeted groups. We then work with local partners to disseminate the stories through traveling exhibits, booklets, and/or social media, as appropriate. These rescue stories provide much-needed narratives of independent thinking, compassion, and moral courage. They provide essential models for social renewal and can be used by community groups and schools to develop a new social ethic, one that promotes inclusive, cooperative relations between identity groups.

In Rwanda, Karuna Center and Proof worked in close partnership with Aegis Trust and the Gisozi Memorial Centre to create the first traveling exhibit of rescue stories in 2010-11. Karuna Center provided training for the museum’s educational staff to use the exhibit as a peacebuilding tool and to foster community dialogues. In a pilot program the museum brought the exhibit to six high schools, using the exhibit as the basis for school dialogues on building a more inclusive future. Karuna Center and the museum are developing a model for how this exhibit can be used more widely to promote community-led approaches to reconciliation.

Karuna Center collaborated with Proof: Media for Social Justice to collect rescue stories as part of our 2011-2013 program in Sri Lanka. These stories highlight courageous acts by religiously and ethnically diverse people who hid or protected members of other identity groups during the Sri Lankan Civil War. Proof conducted a day‐long training on the collection and use of rescue stories for 20 participants, including interested religious leaders and project staff, and then worked with them to collect interviews from 22 rescuers that the religious leaders had previously identified. Ten of these stories were published in a pamphlet in Tamil, Sinhala, and English which was widely disseminated through the program’s community networks.

Many people from Karabaye, Kicukiro sought asylum in my house. Only God helped me, since I didn’t really have the capability, I had to spend the night outside. There were more than 50 people. Only women could find a place to sleep.

One day the soldiers came to our house and asked my wife for her identity card and I intervened. They fought and tried to destroy my kitchen with a gun-propelled grenade. By the will of God, it didn’t explode, so lives were spared.

Some bad people wanted to kill those refugees in my house. It was the same people who informed the soldiers about the presence of refugees in my house, since they couldn’t kill them with me there. It is God’s miracle that we survived with very few resources. I started to sell some small items like sugar and salt. At that time we could hardly get maize flour and I used to do bus repairs in Onatracom, which allowed me to get some money to buy a little food. 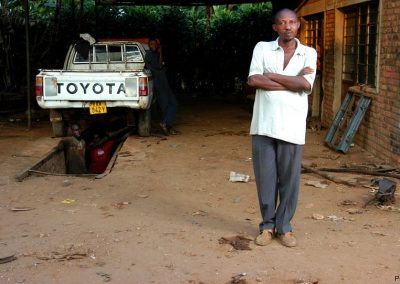 A Rwanda garage owner: “My personality and character came from father. He was the kind of man who always did the best he could to help people in need.” John used his garage to hide people. Photo Credit:Riccardo Gangale 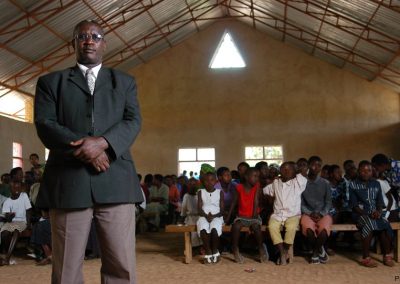 As a Pentecostal minister: “I would tell the killers to kill me first, which for some strange reason they wouldn’t do. They all survived. All the 322 of them. God saved those men and women.” Photo Credit: Riccardo Gangale 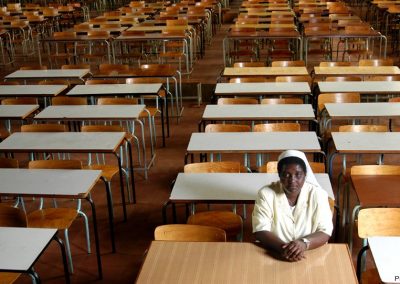 A Rwandan Nun in a school with nursing students, managed to hide people in a truck and bring them to Burundi. Photo Credit: Riccardo Gangale 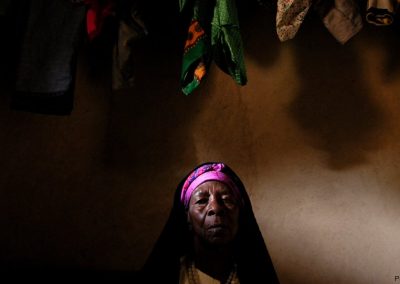 The Interahamwe came and started to ask, “Are there any Tutsi here?’ I asked them: “Is there any difference between the intuntu, inukantoki, ingenge, inzirabahima and injagi? Are they not all banana trees?” Photo Credit: Riccardo Gangale