From 1997-2002, Karuna Center staff led peacebuilding and inter-communal dialogue programs for six years in the divided and war-torn cities of Sanski Most and Prijedor in northern Bosnia, first with women community leaders and later with educators.

Three years of brutal war in Bosnia, 1992-95, had left an estimated 100,000 people dead and 1.8 million people displaced. Among the casualties of this war were the inhabitants of Sanski Most and Prijedor in northern Bosnia. Before the war, these two cities with a combined population of some 200,000 were ethnically mixed and well functioning. At the beginning of the war, 58,000 Prijedor Muslims were expelled, with limited hope of survival and no hope of return.

In 1997, a Bosniak (Bosnian Muslim) refugee invited Karuna Center to work with women in her community. Our approach was to create a carefully guided process for the women to regain a sense of themselves and their dignity, as well as create a safe place to mourn their losses and bond with each other. Despite the multiple wounds of war affecting the Bosniak women, after one year they requested that we identify Serb women who would be willing to join with them in inter-ethnic dialogue. As trust slowly grew and more women took part from both sides, the Bosniak and Serb women together urged us to initiate a similar dialogue process with educators, since they believed that educators could influence the future of inter-ethnic relations in Bosnia.

Fostering reconciliation and peace from within the schools

Following the request of the Bosniak and Serb women that we work with educators, we created Project DiaCom, the Project for Dialogue and Community Building, to build bridges between Bosniak and Serb teachers and school administrators. This provided one of the few opportunities for inter-ethnic meeting in a region where family and collegial relations had been shattered by betrayal. We led workshops for four years with hundreds of teachers and administrators from both sides, and trained a core group of teachers in a Training of Trainers program to become the future trainers for Project DiaCom. Our training manual for this program was named a “top product” by the United States Institute of Peace.

This project culminated in the formation of the first postwar inter-ethnic NGO in northern Bosnia, led by participants in the program. Two of the most active participants in our dialogues also went on to found peacebuilding organizations: Screm do Mira (Through Heart to Peace) in the town of Kozarac, and Centar za Izgradnju Mira (Center for Peacebuilding) in the town of Sanski Most. The Center for Peacebuilding has continued to thrive in the time since its founding and has been a core partner in Karuna Center’s 2018-2020 Societal Transformation and Reconciliation project.

For our trainees, Project DiaCom and the education and skills they learned with us was a bright spot in difficult times, as they coped with the collapsed economy, post-war trauma, delayed reconstruction, underlying fear and the isolation of Bosnia. They have carried the work forward ever since, both in the schools and through the local organizations that DiaCom participants created.

Communities in Dialogue: Healing the Wounds of War: This 40-minute film is about people taking action to stop the cycles of war and violence that have fractured and sometimes destroyed their communities. Focusing especially on the aftermath of the war in Bosnia-Herzegovina in the 1990s, it portrays the work of our conflict transformation projects around the world. 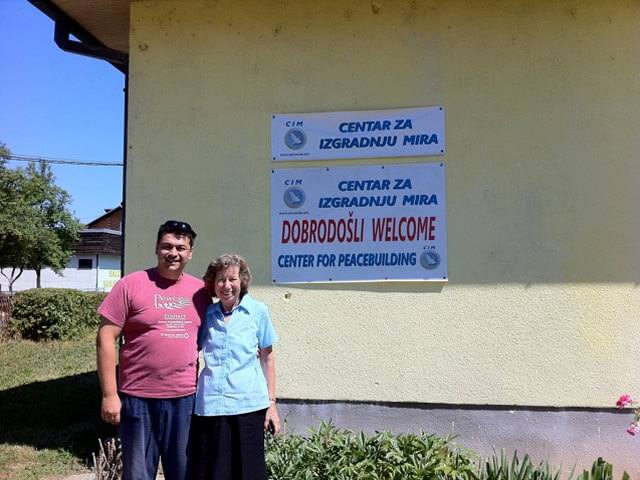 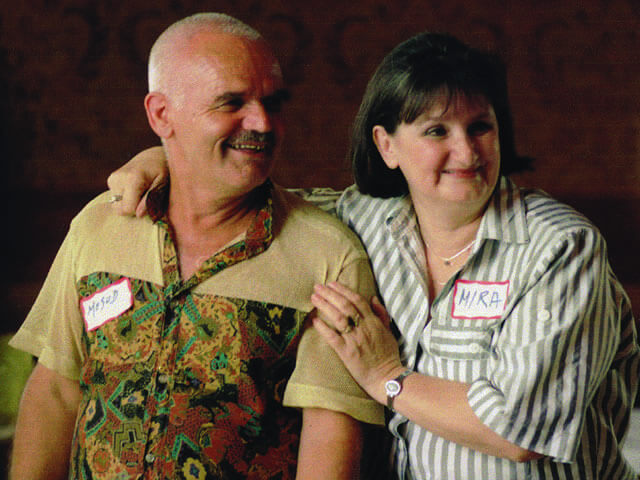 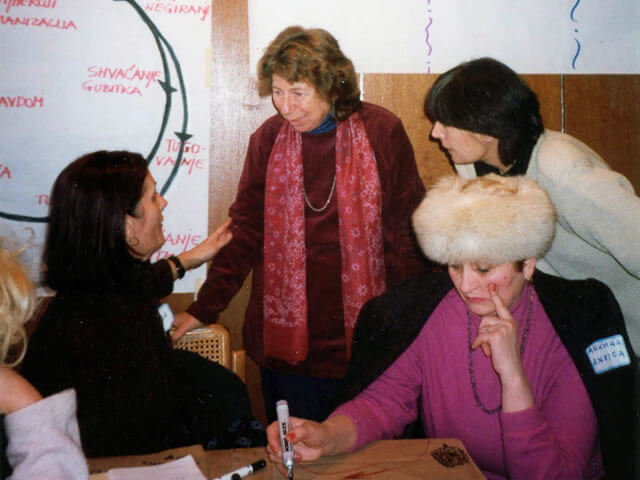 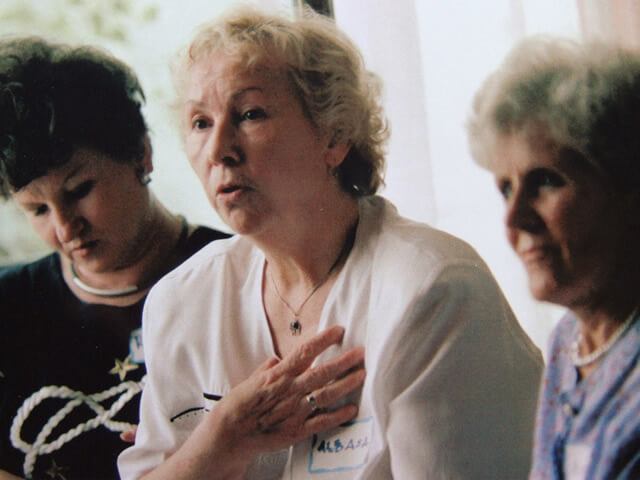 For a Future to be Possible: Bosnian Dialogue in the Aftermath of War

An Infusion of Dialogues