LESSONS FROM FAR AND NEAR

THE TRUST NETWORK: A NATIONAL INFRASTRUCTURE FOR SOCIAL COHESION & SECURITY

Mistrust and division have fueled our journey to this critical juncture in the USA—and we have a critical opportunity to transform the momentum of division into a momentum of unity. DG Mawn, President of the National Association for Community Mediation, and Prabha Sankaranarayan, President and CEO of Mediators Beyond Borders, will discuss their collaborative work with local organizations across the country to build a national infrastructure—THE TRUST NETWORK—focused on building positive peace in the USA. 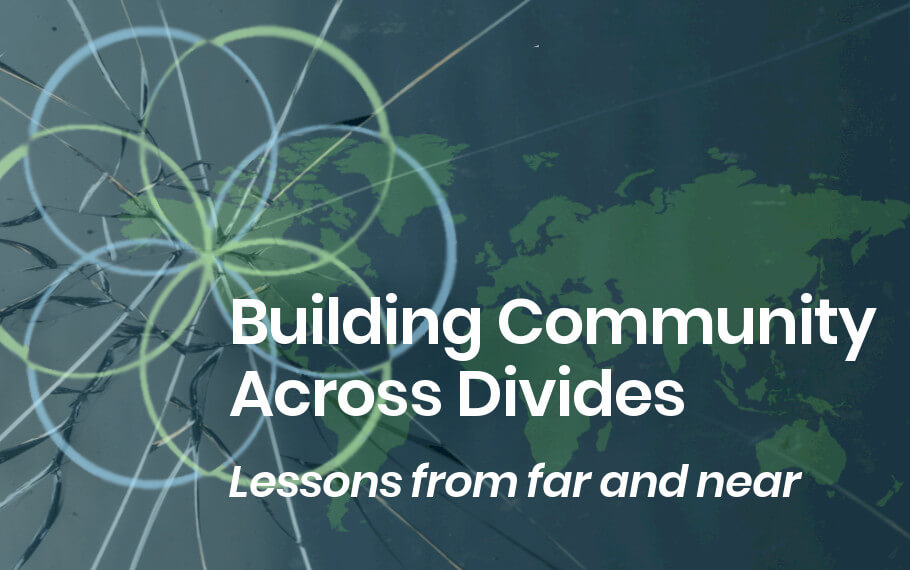 What can we learn from peace workers around the world who are using dialogue, mediation, and other community-based approaches to heal divides and interrupt cycles of violence? Drawing on Karuna Center’s partnerships in Bosnia, Rwanda, and Nigeria, as well as promising efforts in the US, this discussion series will highlight creative, innovative, and successful responses to conflict that are building community and supporting lasting peace.

As an organization based in the U.S, Karuna Center is very aware that many people across the country are looking for ways to address the increasing political polarization, prevent further political violence, and build broad alliances here at home for positive social change. The goal of this series is to highlight both domestic and international experience to draw lessons and inspire efforts within the U.S. that can help us all move beyond polarization and us-versus-them ways of thinking to address deeper, underlying causes of violence in our society, together.

Upcoming Events in this Series

With DG Mawn, President of the National Association for Community Mediation & Prabha Sankaranarayan, President and CEO of Mediators Beyond Borders

Mistrust and division have fueled our journey to this critical juncture in the USA. And this presents a critical opportunity to transform the momentum of division into a momentum of unity. DG and Prabha will discuss their collaborative work, founded on a relationship of trust that was built over ten years, in order to address a problem that has existed for over four-hundred. Believing that the United States urgently needs a coordinated multi-sectoral peacebuilding approach to address the causes of conflict and violence at home, they collaborated with over twenty-five organizations, to build the TRUST Network, which launched the first Early Warning Early Response platform in the US leading up to the 2020 elections. Their conversation will include the importance of building trust, facing history, understanding systems, and the complexity of change.

They will discuss how, together with their colleagues—local leaders representing the geographic and ethnic diversity of the United States—this national infrastructure, the first of its kind in the country to bring together democracy, justice, and social cohesion organizations, can transform individual effort into collective impact for positive peace. 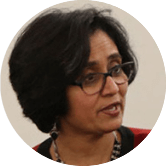 Prabha Sankaranarayan is the President and CEO of Mediators Beyond Borders International, an international impact organization whose mission is to build local skills for peace and promote mediation worldwide. She is committed to partnership, as evidenced by the organization’s collaboration with over 130 organizations globally. She co-leads MBBI’s recent partnership with Rotary International, a global network of 1.2 million members, with NAFCM, a North American network of over 300 mediation centers, and the recently formed TRUST Network, the first Early Warning and Response platform in the USA.

Prabha is a conflict transformation practitioner who has mediated, facilitated and trained in Europe, Asia, Africa and the USA. Her public and private sector work includes conflict analysis for public/private partnerships, consultation & assessment for industrial development zones, design and implementation of trainings for multinational corporations; inter faith dialogues as well as facilitation of multi-stakeholder mediations. In her capacity as CEO of MBBI she designs conflict transformation and capacity building programs around the world, serves as a consultant for companies, policy makers, governments, universities and groups engaged in civil resistance and serves as an advisor on the role of women in peace and security.

Prabha is involved in regional, national and international civic activities focused on civil liberties, violence prevention, conflict mitigation & mediation and the recovery & rehabilitation of trauma survivors. She serves on the ASEAN Regional Forum’s (ARF) Expert and Eminent Persons (EEP) Group for the US Government. Her current Advisory & Board appointments include The Carter School for Peace and Conflict Resolution, VISIONS Inc. (a DEI organization in USA) and Women’s International Peace Center (WIPC in Uganda). 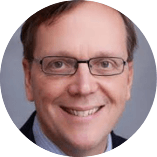 D.G. Mawn has served NAFCM in several roles, first as a member of the Board of the Directors (2012-2014) then as the JAMS Foundation Mini-Grant Program Manager (2014-2016), and currently serves NAFCM as the President of the membership association.

D.G. co-developed the Cultural Intuitiveness process and provides consultation and coaching to state, public and community-based organizations on human services/system development and effectiveness, leadership development, strategic planning and communication, cultural intuitiveness, sustainability and evaluation. He is an attorney licensed in Illinois and Kentucky. He received his mediation training in 2000. D.G. has worked in the local, state and federal level health systems interweaving his background in anthropology, religion and law in a manner that connects well within the political setting as well as the community setting. Throughout his career he has sought to appreciate the culture and systems of community and follow empathetic processes that strengthen the both the individual and the system in order to facilitate the creation of sustainable positive impacts.

Past Events in this Series

ADDRESSING THE ROOTS OF POLARIZATION

We were joined by leading experts in the psychology of conflict to explore some of the underlying issues that are dividing communities in Nigeria, the success of local peacebuilding initiatives, and what we can learn and apply to the U.S. context.

Dr. Fatima Akilu is a psychologist, current Executive Director of Neem Foundation (Abuja, Nigeria), and former Director of Behavioural Analysis and Strategic Communication at the Office of the National Security Adviser in Nigeria. There, she designed and implemented Nigeria’s national Countering Violent Extremism strategy. Karuna Center partners with Neem Foundation through our joint Protecting Our Communities Initiative, which supports rural Nigerian communities at the center of violent clashes between crop farmers and nomadic cattle herders. We collaborate to share peacebuilding tools—such as early warning-early response systems, media outreach, and community dialogue groups—that community members can use to help stop the cycle of violence.

We were joined by two experts from the U.S.-based organization Beyond Conflict, which has been doing pioneering research into the role that dehumanization plays in intergroup conflict.

Tim Philips is Beyond Conflict’s founder and CEO. Using the unique approach of shared experience, Tim helped catalyze the peace and reconciliation processes in several nations, including Northern Ireland, El Salvador, and South Africa. In recent years, Tim has led Beyond Conflict’s work with scientists and community leaders to apply lessons from brain and behavioral science to address a range of challenges, such as toxic polarization, racial justice and inclusion, conflict resolution and reconciliation.

Karen Bernstein leads Beyond Conflict’s Decoding Dehumanization program. For most of her career, Karen worked in entrenched violent conflict and post-conflict reconstruction contexts, specifically in Israel and occupied Palestinian territory, Cambodia, Nepal, Ireland/Northern Ireland, and South Sudan. Karen has 20 years of working in conflict zones including as a UN civilian peacekeeper and as the Middle East Peace Process Advisor to the British Foreign & Commonwealth Office.

Our discussion reviewed the research and work done by both Neem Foundation and Beyond Conflict. We explored some of the creative and adaptive peacebuilding approaches that have been developed and applied based on the findings of their work—and the potential relevance of these approaches to other contexts, including the U.S.

LESSONS FROM RWANDA & BOSNIA AND HERZEGOVINA

In the second event of our series, we looked at the very different experiences of reconciliation in post-genocide Rwanda and Bosnia and Herzegovina, exploring what lessons can be drawn from Karuna’s long engagement in both of those countries. Karuna Senior Peacebuilding Advisors Olivia Dreier, who is also Karuna’s former Director, and former Board member Miki Jacevic, who is a native of Sarajevo and Vice Chair of the Institute for Inclusive Security in Washington DC, led a discussion with two partners from those countries.

Vahidin Omanovic participated in Karuna’s first program in Bosnia in 1997 as a young teacher, and went on to found his own peacebuilding organization, Center for Peacebuilding (Centar za Izgradnju Mira)—which has done groundbreaking work in bringing ethnically diverse youth and religious leaders together, and was a core partner in our recent Societal Transformation and Reconciliation (STaR) project. Seth Karamage, originally from Rwanda, is currently a Technical Expert in Dialogue Mentoring and Training within our Protecting Our Communities Initiative in Nigeria. Seth manages the Strengthening Rwandan Administrative Justice Project out of UMass-Boston, and recently led community dialogue coaching for our Healing Our Communities project in Rwanda, which supported the re-integration of ex-genocide perpetrators back into their communities.

We will explore the different approaches to reconciliation and healing that ware taken in each country and the difference in the results. Both Vahidin and Seth did their graduate work in peace and conflict studies in the U.S. and are well-positioned to reflect on lessons for this country as we confront our own divides and our own violent history in the U.S.

THE POWER OF DIALOGUE: FINDING FRIENDSHIP AND JOY IN UNPREDICTABLE RELATIONSHIPS

Discussion with Paula Green and Ben Fink, Co-Organizers, Hands Across the Hills

After the 2016 elections, Paula Green and Ben Fink organized Hands Across the Hills with their communities in Western Massachusetts and Eastern Kentucky. Despite different voting patterns, histories, and socio-economic conditions, the intensive dialogues gave all of the participants opportunities to expand their boundaries, deepen compassion, develop skills, and enlarge their hearts.

Paula has been using models of intensive dialogue in communities around the world since founding Karuna Center for Peacebuilding in 1994.